x
Hilltop Supplies US TV Series, Outlander
< Back to posts

Recently we received some interesting news that some of our heat shrink is being used on the popular US TV series, Outlander, being filmed in Scotland.

This big budget production, which has been running since 2014, included the building of a new television studio near Glasgow and opened up as many as 2400 part time roles within the Scottish industry. Many on-location shoots in the stunningly beautiful Scottish countryside have also been part of this lavish series, leading to what many hope to be a surge in television and film activity in the area to rival that which Northern Ireland has enjoyed in recent times.

The impact this has had on the area, both in the local industry and the interest of the public, has been hugely beneficial. This is yet another instance where Hilltop are again very pleased to be associated in providing our products and services to the thriving UK television and film industry. We will be keenly following further developments, and we now look forward to working again with the production team in the near future. 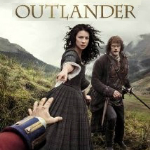